How much of what we do every day is done out of habit? If you think it’s a small, insignificant portion of your life, you’re mistaken. It isn’t always easy to recognize patterns in our own behavior. But noticing our routines, habitual behaviors, and reactions to various situations can help us create life-changing habits.

According to Charles Duhigg, in Harvard Business Review’s “Habits: Why We Do What We Do,” between 40 – 45% of what we do is essentially done on autopilot.

Think about it, for a moment. How often do you find yourself mindlessly scrolling on your phone? Do you consciously decide to write, or eat, with your dominant hand? Have you ever suddenly realized you’ve driven to work while your mind was elsewhere? Or arrived at work when you intended to go grocery shopping?

Our Habits Define Who We Are

There are countless other examples of things we do, every day, that are done purely out of habit. And, as trivial as some of them may seem on the surface, there’s a lot of power in those habits. That power lies in the fact that we can create new habits that improve our lives and propel us towards a better version of ourselves. If you’re going to be on autopilot, you might as well have it working to your advantage!

People who go to the gym at 5:00 a.m. every day, eventually do so habitually. Drinking a green smoothie every morning for breakfast is simply a habit for some people. What once took effort, consciousness, and willful action has become just another daily ritual.

According to the Society for Personality and Social Psychology, in the article, “How We Form Habits and Change Existing Ones,” habits are formed through associative learning. We find patterns of behavior that help us achieve a goal, and then we repeat those behaviors. Eventually, after enough repetition, those behaviors become unconscious habit.

Our minds are split into two parts. The intentional mind is willful, aware of our actions, as well as our desired outcomes. On the other hand, the habitual mind typically functions outside of our awareness.

Forming a new habit is more than just mindlessly performing a new behavior. It’s a way for the mind to conserve resources by putting important behaviors on autopilot, so we can focus on other things. It’s up to us to tell our own mind what’s important!

Why Is It So Hard to Create Life-Changing Habits?

As you likely already know, forming new habits can be challenging. We all have things we’d like to be doing differently… So why don’t we? As mentioned above, the habitual mind tends to exist outside of our awareness. Our best intentions and motivations only last so long before being derailed because we’ve subconsciously defaulted back to our old habits.

It’s easy to get motivated by a fitness program, a new diet, or a motivational speech. The problem is that this motivation exists only in the intentional mind. It temporarily changes our intentions but fails to overcome the power of our habits. How many times have you rationalized skipping the gym, eating unhealthy food, or just reverting to your usual behaviors, only to later regret it?

So what is enough?

How to Create a Life-Changing Habits

We’ve established that it’s difficult to create life-changing habits. However, it is still possible! To increase your chances of success, even where you’ve failed before, you’ll need a plan.

To create life-changing habits, to change your life, and reach those elusive goals…

The first thing you’ll need to do is define a habit you’d like to create. It helps to start with a goal. Whatever that goal is, write it down. Remember, habits form through associative learning.

It’s also important to make your goals reasonable. Starting smaller can greatly improve your chances of success. Sure, it’d be nice to wake up two hours earlier, but this would be a difficult task for even the most motivated person. Instead, try setting your alarm for half an hour earlier, or going to sleep an hour earlier. This smaller, more manageable goal will improve your chances of sticking with it. In time, you can expand your ambitions, if you like.

Step 2: Disassemble Old Habits to Make Way for New Ones

Habits form out of routines. If you eat the same snack every night, it’s probably in the same spot, on the same shelf, when you go to grab it. If you use your phone as an alarm, you probably set it down in the same spot on your nightstand. That way, you know exactly where to reach for it in the morning.

To create new habits, old habits must be addressed. If you want to wake up earlier, put your alarm far enough away that you have to get out of bed to turn it off. If you want to stop eating that late-night snack, relocate it, or better yet replace it with a healthier option. Shaking things up will get the ball rolling and may help snap your mind out of its usual routine.

Step 3: Use Cues to Reinforce Your New Habits

If you’re trying to wake up early to go to yoga, set your leggings underneath the alarm. They will eventually become a cue. When you wake up, you’ll see and feel them, right there. You’ll begin to associate the gym with your alarm, which in turn will become a reminder to work out.

Using pre-existing habits as cues can be effective, as well. If you drink coffee when you wake up, you could use that existing habit as a catalyst for starting your day sooner. Try setting the coffee maker to start brewing, minimally, five minutes before you want to wake up. Let the smell (and thought) of coffee entice you out of bed.

You can set up cues around your house. Something as simple as a picture or a quote that reminds you of your goal, placed on the refrigerator, could reinforce a new habit.

Step 4: Apply the Psychology of Rewards

Our brains come hardwired with built-in reward systems. We can use this to our advantage when making adjustments to our behavior. Each time you take a step toward your goal, celebrate it. Make time to reward yourself for successes, both large and small. If you meditate for ten minutes every day for a week, reward yourself with a some pampering on Sunday.

Step 5: Falling Off, and Getting Back On, the Wagon

Missing a day here and there won’t hurt your chances of success while you’re creating life-changing habits. Missing two or more consecutive days, however, will likely disrupt the new routine and you may have to start from scratch, which is not a very motivating experience.

If you fall off the wagon, don’t be too hard on yourself. Dust off, get back on, and remember the goal you’re trying to accomplish. In fact, stumbling, particularly in the beginning, is an expected part of the process. All is not lost, as long as you’re still committed to moving forward. If you’ve failed to reach a goal in the past, don’t let that affect your motivation. Past failures only made us stronger.

It Takes Longer Than 21 Days to Create Life-Changing Habits!

Unfortunately, the 21-day rule for forming new habits is a myth.

In 1960, a plastic surgeon named Maxwell Maltz observed that, following surgery, his patients took an average of 21 days to fully adjust to their new faces. Maltz published this discovery in his book, Psycho-Cybernetics: A New Way to Get More Living out of Life, which has since sold over 30 million copies. This is presumably where the 21-day myth was born.

According to Psych Central’s article, “Need to Form a New Habit? Give Yourself At Least 66 Days,” research has shown that habit formation requires anywhere from 18 to 254 days. The specific amount of time depends both on the nature of the habit and traits of the individual.

Don’t let this discourage you! Take it day by day, and remember that you’re creating a new behavior that will benefit you for years to come. In the larger scheme of things, the time invested is a small price to pay for what you’re getting in return.

Become the Best Version of Yourself!

Creating new habits, and breaking old ones, can be a difficult and challenging process. Armed with an understanding of how our routines become habits, we can begin to analyze the reasons we do what we do, every day.

With a solid strategy, and a few new skills, we can begin to create life-changing habits that help us overcome obstacles which have been holding us back. Remember… We get in life what we are, not what we want.

Have faith! The whole point of willfully creating life-changing habits is to help us get a little closer to the best version of ourselves, and you deserve to be that person. 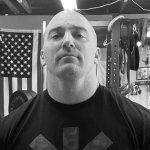 This author does not have any more posts.

This site uses Akismet to reduce spam. Learn how your comment data is processed.