When I was a child, reading was an escape for me. In adulthood, I found a more literal escape in travelling. A few years ago, my job was really getting me down and affecting my self-esteem. I had some money saved so I decided to hand in my notice and take a trip with my family. We wanted to go somewhere that would be completely different from our everyday lives; we chose Japan. It was there I found the inspiration for my travel mystery series.

Everything about Japan was unexpected and gave me a whole new perspective on life. For a start, the vast majority of people in Japan don’t speak English, and signs and menus generally don’t have English explanations. So we had to learn to speak basic Japanese. I remember arriving after an overnight flight from London via Helsinki, absolutely exhausted. I then had to ask the server in a restaurant which dishes were vegetarian – in Japanese! Just getting lunch that day was an achievement that boosted my confidence enormously.

Everything there is bigger and busier than other places I’d been so everyone has to be a bit more considerate. The social norms were different too, like taking off shoes in castles and restaurants, and bowing to people. The culture change was exactly what I needed to let go of self-doubt and feel more positive about the future.

We visited several castles to find out what life would have been like hundreds of years ago. We also booked into a samurai school to get some hands on experience. I can tell you – those swords are heavy! We learnt how much of the history has been recorded through plays and art rather than written documents. That made me realize just how much of our history is lost.

We also spent time in the newer areas and saw temples and castles rubbing shoulders with skyscrapers, and shrines and gardens nestled between shopping streets.

I love historical mysteries, and Japan seemed like a perfect setting for that kind of story. There is such a mix of old and new there; it sparked an idea for a story where people from the present uncover a mystery from the past.

I wasn’t sure what I wanted to do about a job, so I decided to have a go at writing the story while I considered my options. I started with the idea of something being lost and the characters having to look for unusual historical sources to find out what happened.

We visited shrines and temples to learn more about the culture. I found the harmony between Japan’s two main religions – Shinto and Buddhism – really inspiring. It’s not just a case of two groups of people with different beliefs getting along; these are people who share ideas and adopt customs from each other.

This inspired the central theme of people from different cultures working together to solve a mystery. This shaped my story into a travel mystery.

Over the series, the theme has widened to include all different types of people. I want my books to be full of “normal” people and for my readers to see that “normal” is actually a really wide range, including people they might not see every day. Hopefully in at least one of my books, every reader will find someone they can relate to, as well as someone that’s different from people they know.

The Hanami (cherry blossom viewing) festival was a wonderful opportunity to understand the connection Japanese people have with nature. The coming together of thousands of people to celebrate nature is a beautiful thing. Mount Fuji was another natural sight that really took my breath away. This was how the theme of nature being more powerful than humans found its way into the story.

Getting around Japan was a new experience, too. The Shinkansen (bullet trains) are brilliant. With a very efficient luggage forwarding system, we were able to explore many places during our trip without wasting time finding hotels first. We got off a train and went wherever we wanted to, and at the end of the day our bags were waiting for us at the next hotel. That freedom felt amazing.

I wanted my main character to be old enough to have a level of independence that younger readers would find inspiring and exciting. But I wanted him to still be working out lots of things as he goes along. I chose an audience of upper middle grade to lower young adult (roughly 11 – 13 year-olds). As I was exploring my new world and trying to find my place in it, I drew parallels between myself and those children who are finding their way the first time.

Young people need to know they can go out into the world and not understand how everything works or what everyone expects from them, and still achieve something, and learn and grow and be happy. So that’s what my characters do.

Readers don’t switch from middle grade to young adult books at the age of 12 or 13. They need books that cross that divide. Books where the characters learn something about themselves without undergoing an epic challenge that turns them into an adult. My characters are kids at the start of the book, and they are still kids at the end of the book. But, along the way, they have learnt something about their own value and the value of others. 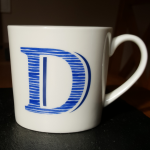 I write fiction for young people and adults. My interests include travel, history, and nature. I write historical mysteries, stories set in exotic locations, and tales about nature getting the better of us.

So far, I have written three books in the Lost Mysteries series. The Lost Castle is set in mysterious Japan. The Lost Plantation is set in the forests and plantations of Costa Rica. The Lost Cargo is set on the dramatic Jurassic Coast of England.

My humorous short story, The Vanishing of Zenith House, is free to read on Wattpad.

The Deborah Grant-Dudley blog helps readers get more out of books.

This author does not have any more posts.

This site uses Akismet to reduce spam. Learn how your comment data is processed.